We recently caught up with one half of Pelican Canteen pair, Katie Marshall, who told Clapham Studios about her Supper Club philosophy, why they don’t believe in seating arrangements and where the name Pelican came from. The guys will be hosting their third weekend of Supper Clubs on August 4th & 5th, with a Tex Mex BBQ vibe.

What is your food background

Me and Myles, my Pelican Canteen co-host, are both food stylists and recipe writers. We met working at a food magazine about 5 years ago and have worked together, on and off, since then. We both freelance – styling food on shoots for different magazines and publishers. We both did cookery diplomas and Myles was initially a chef, but we love the freedom of freelance and the creativity allowed by our jobs. 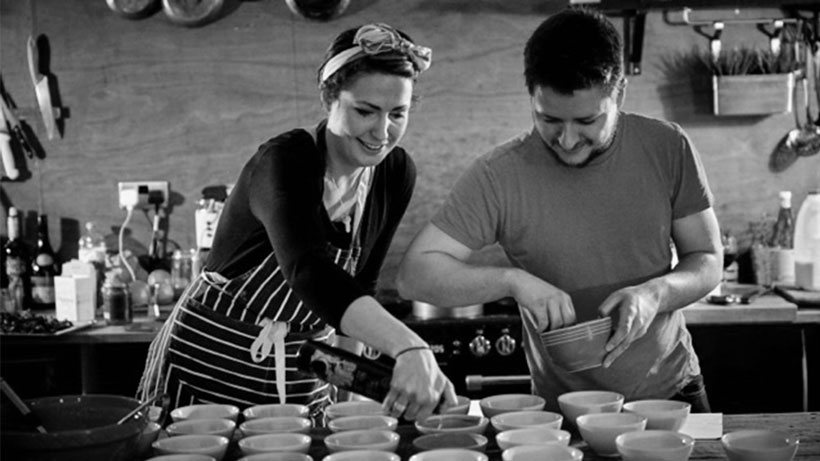 Why did you decide to do a supper club

We hosted a private charity supper together last summer and really loved the process of putting together a menu and then cooking a big dinner for an intimate group. It was so great to see people enjoy our food, and to change up the pace of our work. We realised that our styles of prep and cooking were complimentary and that we worked really well together as a little team, so we had a vague plan to host a supper club — which took a few months to actually get in motion. 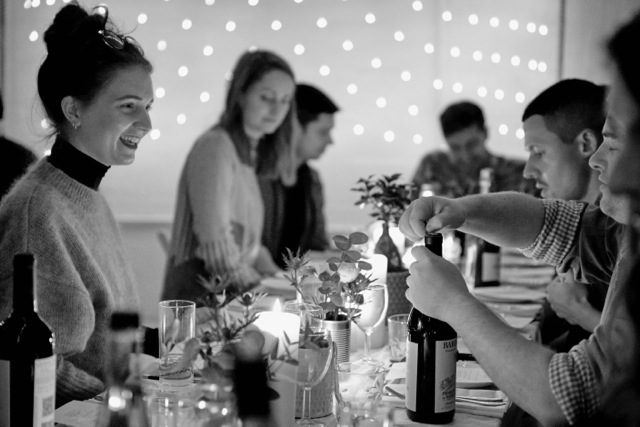 Tell us about your supper club (the concept etc)

We’re called Pelican Canteen because we it came to us when we were playing around and listening to music in the kitchen. We quite like that it doesn’t have any profound meaning – just an excuse to fill your beak. Every few months we host a themed supper club, inspired by a different world food. We tend to go for less common cuisines and then put our own stamp on it. With our jobs, we’re both so used to reading up a lot on a type of food, or a culture, and then adapting it. Our aim is to create mouth-watering menus that will get people to come along and enjoy a 4 hour sit-down dinner, with some BYO booze and some like-minded people around them. Its super casual and lots of fun – for us, and our guests. 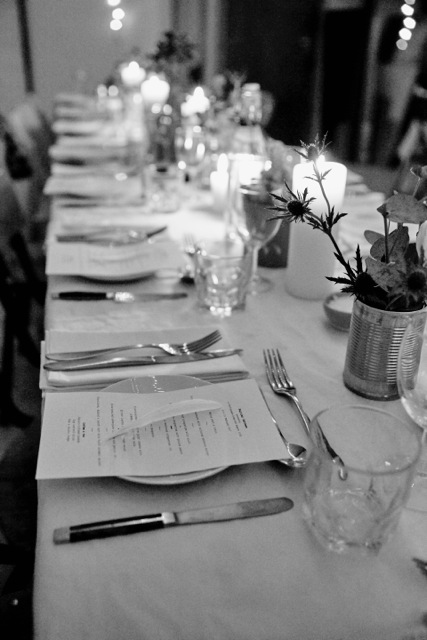 What do you enjoy most about it

We’ve almost ended up creating a bit of a wedding reception environment. I’ve taken charge of decoration – whether Myles likes it or not. I deck the studio with strings of fairy lights, drape trestles with tablecloths and dot them with little posies of flowers from New Covent Garden Market. We manage to take a blank canvas (Clapham Studios) and transform it into something quite dreamy and special. People sit wherever they want, and often end up sparking conversation with a stranger next to them and after a few glasses/ bottles of wine, it all gets quite friendly. Its great seeing people rolling out the studio at midnight, swapping numbers and thanking us for hosting. We take their compliments as genuine praise, even if they are slurring a bit… Its just great to see people enjoying your food and your creativity first-hand. I don’t think much compares to the feeling of people appreciating your food. You don’t get that when you’re plating up a dish of food purely to be photographed. 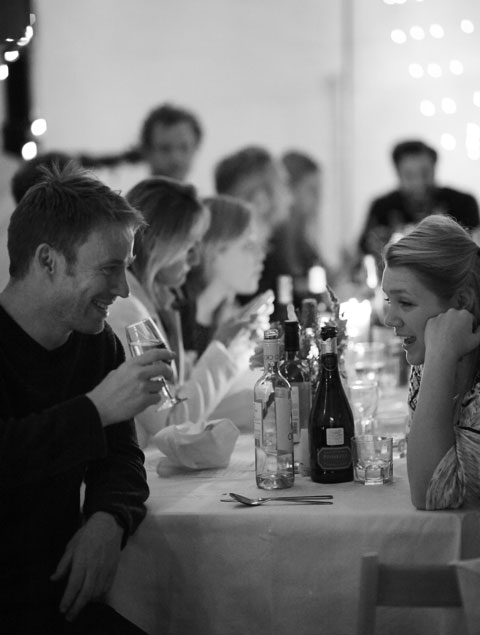 What is the most challenging thing about hosting a supper club

Planning. Every time we host, we intend to be more prepared and more efficient, but weeks just whizz by. Even before you start cooking, theres a lot of prep behind the scenes – from putting together a theme, then menu, finding a way to advertise and sell tickets — and then the stress of whether people will want to come. Even though we’ve sold out each time we’ve thrown a supper club, there’s always a worry that you’ll end up with food for 60 and just two lonely chefs. 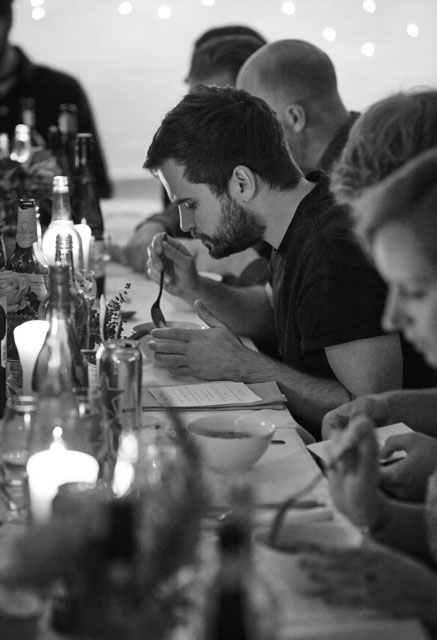 Be realistic. Don’t be overly ambitious with your price tag, menu, or number of covers. Keep things simple and it will make the run-up to the event less stressful. Do a mental run-through of the evening to make sure you have everything covered — water jugs, bottle openers, table salt – all things that can get forgotten until someone pipes up half-way through their meal. And remember to allow yourself time to chat to your guests and enjoy it!